Deep thinking and decades of R&D have resulted in the finest military pack frame system on the planet. The DG16 Frame System embodies everything we have learnt in three decades: materials science, ergonomics, integration and combat experience. It has been designed from first principles. There is nothing else like it, anywhere.

When ordering over the website – DUTY ON INTERNATIONAL ORDERS ARE THE CUSTOMERS RESPONSIBILITY. Some orders (depending on destination) will require payment of duty to the carrier or post office prior to release. It is your responsibility to verify the duty owed as it varies from country to country.

Crossfire will not be held responsible for delivery failure as a result of non-attendance.

Our packages ship via UPS, FEDEX, DHL or USPS. Orders are processed within 3-5 business days from date of purchase.

When placing an order for a military unit, please contact us directly for bulk shipping quotes and processing (DO NOT ORDER ON OUR SITE). Email us at info@crossfirepacks.com and title “PROCUREMENT ORDER”, or call us at 704-441-1145. We will contact you within 1-2 business days. Large orders must be handled separately and are not sent in individual unit shipments, but instead are palletized.

Although an uncommon occurrence, there may be times when packages might end up missing or even stolen from their delivery address. Crossfire is responsible for everything up to the point of shipping. Once the order has shipped, it is the responsibility of the carrier to deliver it safely and in a timely manner to the address provided by the customer.

Crossfire is not responsible for any of the following situations:

International orders are shipped via our carriers depending on the most efficient option to that location on the globe. Packages typically ship within 3-5 business days from purchase.

International orders are subject to duties and taxes. The recipient is responsible for payment of applicable duties, taxes, and international fees. Orders cannot be declared as gifts or undervalued, please do not ask us to do this. Requests of this nature may result in canceled and refunded orders. Please contact your customs office for information on duties, taxes, and restricted items. Crossfire will not be held responsible for the cost of items and/or shipping if items are seized or rejected by Customs.

If you buy one of our products from our website and it just won’t fit the bill, for whatever reason, we’ll refund you the entire purchase price provided you send it back in its original brand-new condition and packaging within 60-days of purchase.

Please allow 7 business days for us to process your return once we’ve received the package.

We do not accept returns on worn, altered or customer-damaged items.

As a courtesy, please provide us with tracking information to info@crossfirepacks.com.

Our equipment is tried and tested. Our designs have been through several generations of refinement and experience in the field. They have been developed and tested by Engineers, Soldiers, Alpinists and Biomechanists. Rest assured, if it bears the Crossfire logo, it hasn’t just been tested in the field–it was born there.

If there is a product defect (it’s extremely rare, but it can happen) we will repair or replace the item.

If an item fails due to normal wear and tear, we can repair the item for a fee. This is determined on a case-by-case basis.

The following circumstances will not be covered under warranty: 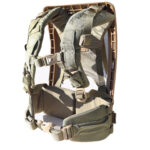 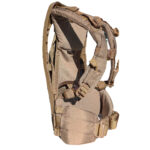 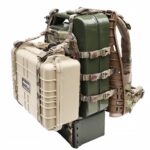 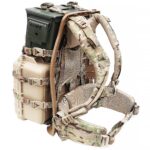 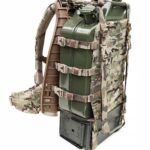 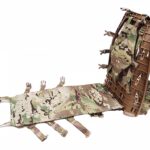